Space-sound composition in book form – always first edition – for one performer, a score and a microphone

Operating instructions, user manuals, license texts, terms of use for online forums which influence, mark and determine our lives as users almost unnoticed, are bound to create a small book. Every page contains score-like reading and action instructions, which are partly read aloud to the audience, partly serve as silent instructions for the performer only. Over the course of the performance the pages are torn into large pieces and long strips, shredded, eaten, set alight, folded into peculiar artefacts. Actions and gestures of the performer constantly emerge and evolve, like the characters in a novel. At the same time, an a capella song is recited that enters into an archaic relation with the performer’s voicings and actions, evoking classical, theatrical themes such as anger, grief, destruction, love and hope, while always remaining strangely alone on stage.

The entire space-sound composition is recorded unnoticed and played backed in the end. Like a reverberation, drawn from a vast memory store, the preceding event is recapitulated and distorted medially by microphone and loudspeaker colouration as well as the spatial and recording perspective. The performer sits mute, transforms into a recalled moving-image given its shape by the acoustic recording. Performance and live moments merge in the recording and become a medially shaped and translated space-sound object oscillating between experience and memory, presence and absence, theatre and radio. Regardless of the intimacy and the uniqueness of what has just been experienced, the media memory apparatus unwinds the “live” moment, even using the same spatial constellation. By this, it breaks the spell and steals its emotional charge.
On the floor a heap of paper scraps. 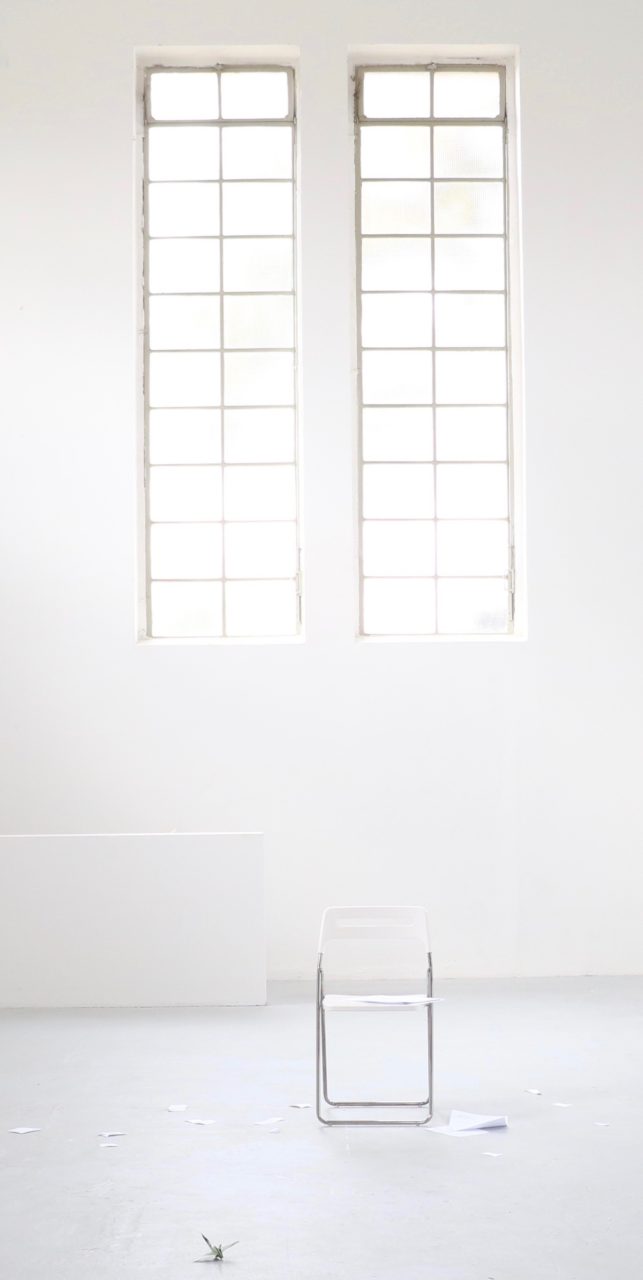