In audio and video technology latency is considered a possible error, an artefact, which must be avoided, at least minimized until it is below our perception threshold. The technical symptom of latency is asynchronicity. Latenz intervenes in the concept of daily, mediatized construction of sound and image, shifts the attention to an area of ​​system failure and/or the gap between event and reaction until cause and effect add up to other contexts.

Within the scope of this installation, questions of technical and spatio-temporal latency as a space of possibilities for mediatized reinterpretations are linked. This occurs between the poles of synchronicity and asynchronicity of live-speaker, loudspeakers, spoken and recorded sounds as a network of impulses and reactions and their interaction.

Every listener is individually challenged by the nexus of the ever-changing links as a producer of the coherences. There is no collective experience of a unifying story whose problem shall be resolved in the end. Instead, each individual develops perspectives on the respective situation. The visual axes and locations of the individual also play a decisive role here: Depending on the position, the audio focus shifts on the scale between congruence and incongruence. Impressions become coordinates of individual spaces in the context of the staging. 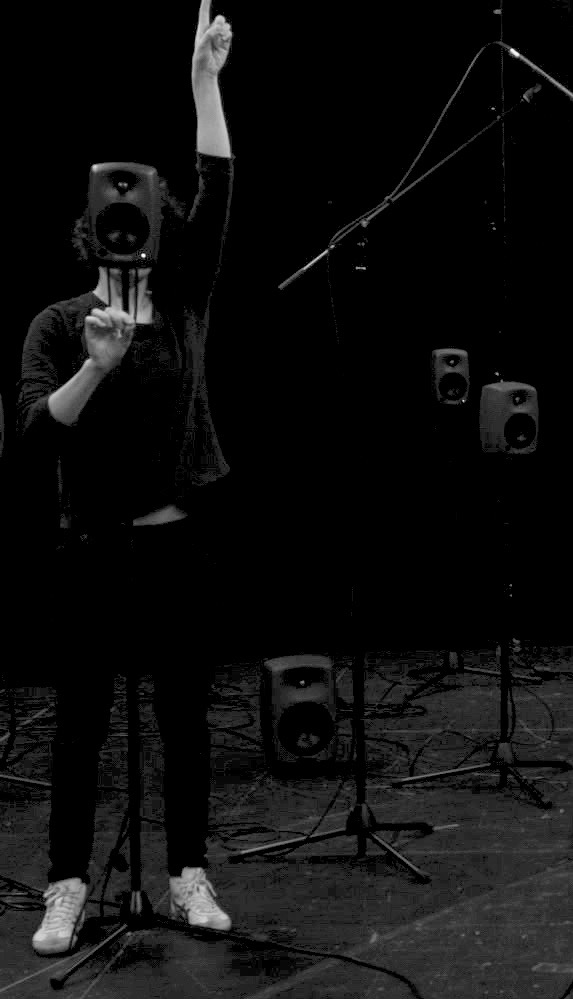