The audience enters a space that shows four loudspeakers on stands and a commercial thermal printer for till receipts built into a console.

An artificial intelligence trained and staged as an AUTOPOETRY APPARATUS generates advertising texts in the writing and speaking style of the author Rolf Dieter Brinkmann. These texts are vocalised live and spatialised by four loudspeakers.

Four AIs are talking to each other, articulating different versions of the text-generation. The loudspeakers, directed towards a common centre for dialogue, act like discussants. Through different rhythms of speech and the emotional moment of the sounding speech, the apparatuses appear human-like, while digital material is transferred back into an immediate analogue experience. Thinking, formulating, competing as well as inner states are generated exclusively through sound and thus made audible.

Individual texts are selected by a fifth, higher-level AI (referee) and written down in situ by the commercial thermal printer. However, printing on thermal paper is not durable. After a while, the selected poems fade to the point of being completely unrecognisable. The document function dissolves, the laboriously created and archived has to disappear again due to the medium.

The new, what has been created at the moment, evolves, is discussed in order to disappear again.

Concept und installation: Verena Lercher
Production and code: made by a machine 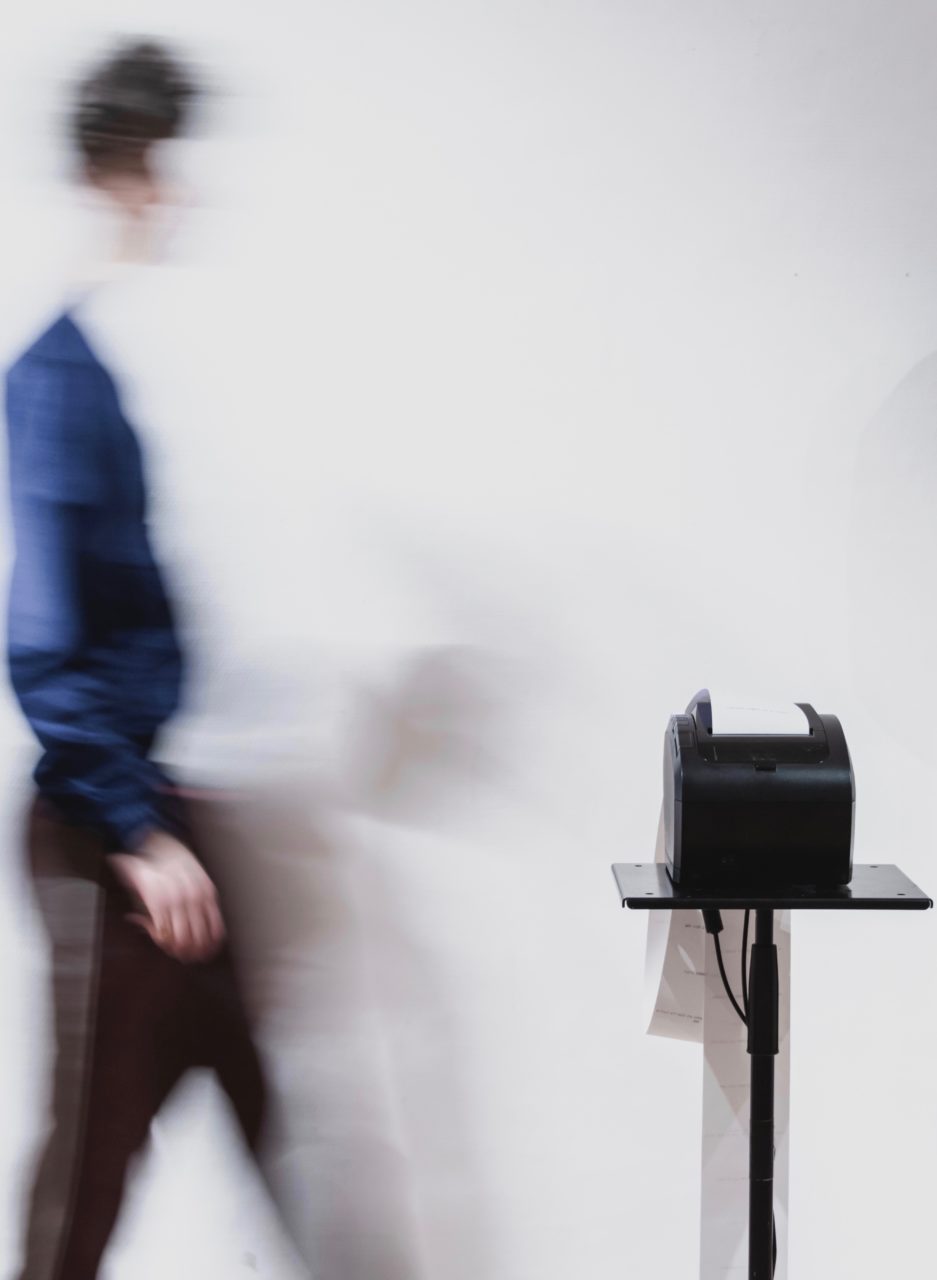