Using the figure of Shakespeare’s Ophelia and excerpts from James McNeill Whistler’s Ten O’clock Lecture, pasdedeuX raises a question: What hides behind all the projection surfaces and templates of a society of designers of meaning in art, literature, theatre and critique? When original features shift through projection and re-encoding to another significance?

The 16 turntables and LPs – each LP was recorded with an eight-minute independent sound or speech composition – become instruments through the two performers, forming into groups of musicians, sounding as an orchestra that is, choreographed by the play, simultaneously animating the movements of the actors in the field. Gestural space-sound constellations arise following an undefined plan which is redrawn by rule-based actions at each performance. One communicates, references, playing back his/her own voice from LP. A dialogue could arise.

Every switch, every movement, every piece of content, as well as the context of its use are co-interpreters of polyphonic text-sound-structures. The instrument becomes the representative of a story that at the same time describes the history of a medially reshaped perception of the world. 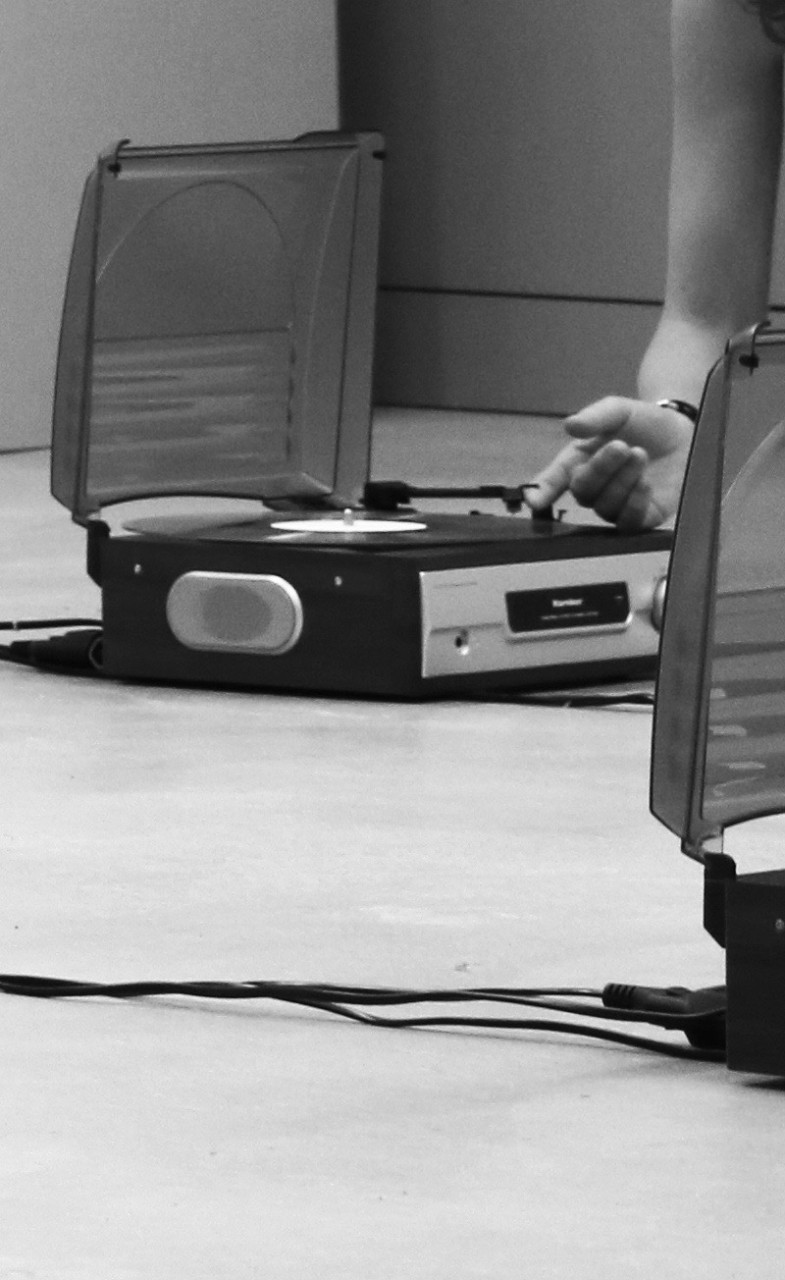