The work on Der Wiederaufbau des Haiderdenkmal was a laboratory-like approach to a text by Berlin author Oliver Kluck, which had the character of an experiment.

The play deals with the question of silence in a neighborhood war as a prototype of terror and with overcoming the usual criticism of the system.

Over a period of three weeks, the director and four actors followed a working method in which situations and processes were observed and described rather than staged, and in which the actors themselves attempted to describe an everyday terror in the scenic representation on the basis of Kluck’s text experiment.

Invited to the Autorentheatertage 2012 at the Deutsches Theater Berlin. 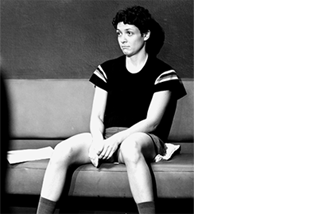